PMT Donates Bucket Truck to the City of Paul 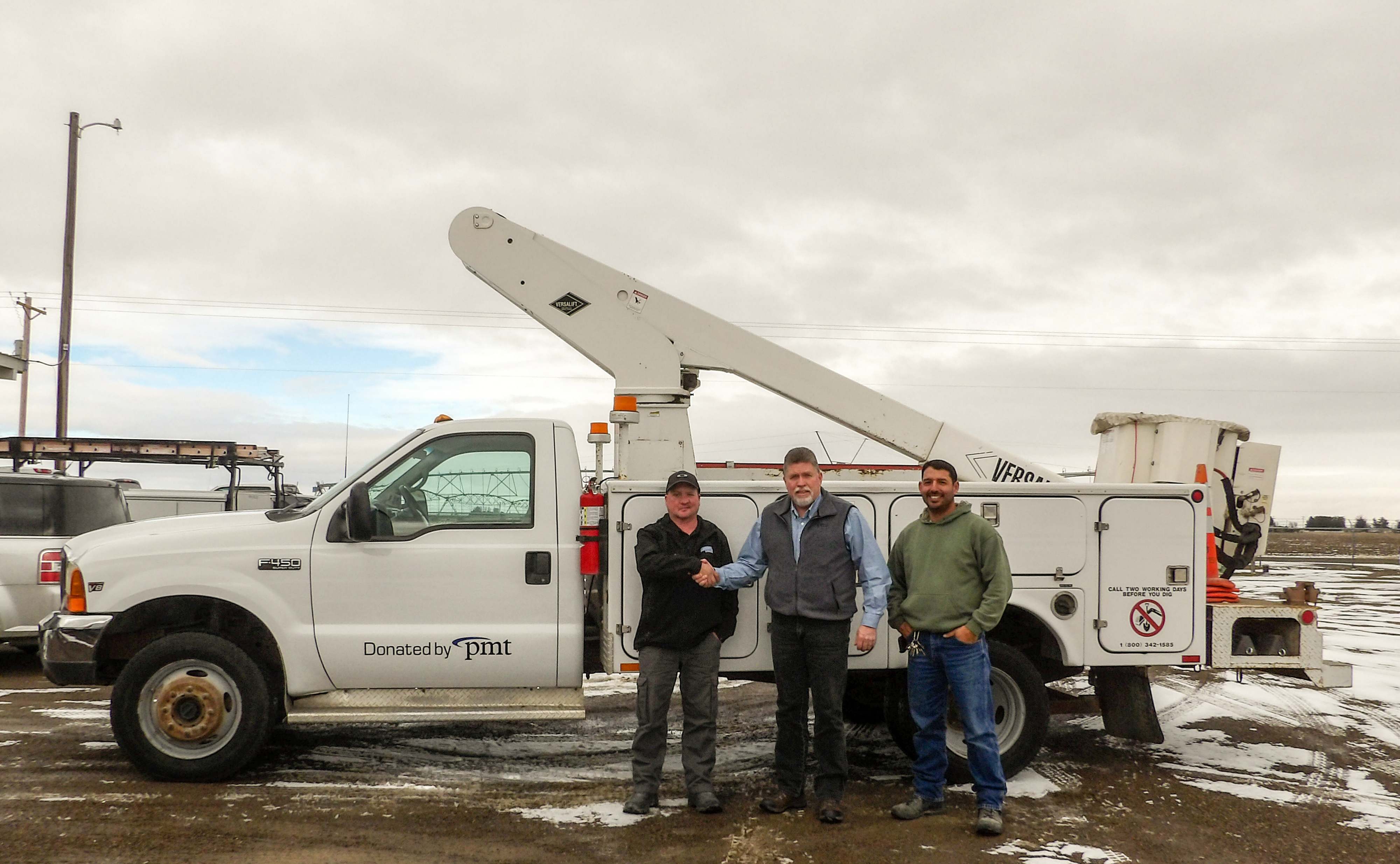 Rupert, ID – With keys in hand and smiles on their faces, employees from the City of Paul drove away from the PMT yard in a bucket truck donated to the City by the Company.

After learning that the City of Paul did not have a bucket truck in their fleet, PMT decided to donate their 1999 Ford F450 to the City. “The timing was just right,” says Dan Hoover, PMT President, and CEO.  “The City needed a bucket truck, and we had one we were retiring. We decided to donate it rather than sell it because as a cooperative and non-profit company we would rather help out one of the municipalities in our service area than sell it. One of our core values is to serve our members and the communities they reside in.  This donation doesn’t just help the City, but the residents as well– many of whom are PMT members.”

“We are beyond excited to receive this truck,” stated Adam Peterson, City of Paul Public Works Director.  “This gives our employees the ability to work safer and more efficiently throughout the City than our previous equipment allowed. Plus, we don’t have to figure out how we are going to fit an additional vehicle into our budget.”

Plans for the bucket truck include hanging and taking down of Christmas lights and holiday décor, trimming trees in the City parks, and many more projects that are up in the air.